I've moved! Please visit my new website at RandySpeaks.com for my current programs. 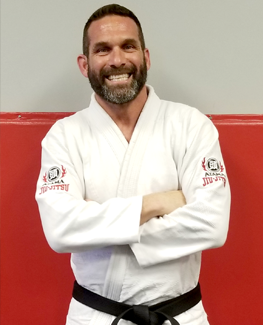 Jonathan Burke is the Founder of Next Level Combatives and 6 Levels Orlando. With more than 24 years’ experience in mixed-martial arts, armed and unarmed self-defense and close-quarter combat, Jon has developed a unique, systematic approach to training individuals in close-quarter-combat that enables high retention levels for those who train with him.

Jon’s expertise and his student-friendly teaching methodologies have been implemented by U.S. Navy SEALs, U.S. Army Special Forces, U.S. Army Rangers and other highly skilled and qualified members of the U.S. Armed Forces as well as U.S. federal and state law enforcement agencies.

A Fortune 25 company hired Jon to train all of their East Coast Loss Prevention Teams. This corporation wanted their designated professionals to learn the best and most customer-friendly approach to non-aggressive handcuffing and close-quarter techniques so if needed to call upon these skills, minimal disturbance would be caused and the issue would be resolved in a quiet and efficient manner with minimal physical harm.

Jon’s ability to break down complex fundamentals and teach them to practitioners of all ages and abilities has earned him wide recognition. Jon’s work with world-famous actors, musicians and athletes on multiple continents range from fitness training in off-seasons to teaching security details how to be more efficient to acting as a personal bodyguard. However, Jon is most proud of his work with the men and women of the United States Armed Forces and domestic law enforcement agencies. During his 22-year career, Jon has been privileged to teach non-compliant assailant and cuffing techniques, weapons retention and upright and ground self-defense techniques to U.S. Special Forces, 82nd Airborne and active duty forces in South Korea. Jon makes it a point to teach rape prevention to female military personnel as well as wives and daughters of military families. Following the terrorist attacks of September 11th, 2001, Jon served as a Team Leader and Instructor in advanced close-quarters-combat for S.A.I.C., who at the time held the exclusive contract to train the then newly created Federal Air Marshals.

Jon’s introduction to self-defense began in the mid-1990s. Working first as an intern and then full-time, at the Gracie Academy in Torrance, California with three-time Ultimate Fighting Champion and Hall of Fame member, Royce Gracie. Jon learned the tenets and discipline of practicing and teaching Gracie Jiu-Jitsu. During his time studying under Royce, Jon demonstrated such commitment and skills, that it earned him a place as a member of Royce’s competition fight team for Royce’s fights in PRIDE Fighting Championships in Tokyo, Japan. In 2004, Jon became the second person in the world ever awarded a black- belt in Gracie Jiu-Jitsu by Royce Gracie.

Jon’s early commitment to Gracie Jiu-Jitsu lead him to explore and develop his abilities and skills in mixed martial arts, general fitness and nutrition as paths to successful self- defense, fitness and confidence for men, women and children of all occupations and socio- demographic arenas. He has done work with schools, universities, and private families to help improve their personal and group safety envirmonments.

Jon’s instruction techniques have had such an overwhelming impact on the organizations and individuals he has trained throughout the world that he has been featured on ABC, NBC, FOX News, ESPN, Inside MMA, Fight! Magazine and Orlando Sentinel among others. In addition to Next Level Combatives, Jon owns and operates The VI Levels (Six Levels) Orlando MMA facility and is the author of the book “Safe is the New Sexy,” a women’s guide to self-defense.